Focus on the But 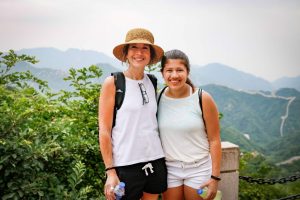 For some reason I thought this time would be different. I’ve let two children go to college so I thought my third wouldn’t be as hard. Faithe has always been extremely independent, strong-willed, and her own woman. I thought (or maybe hoped) letting her go wouldn’t be as hard as it was with my first born or my only son.

But I was wrong. 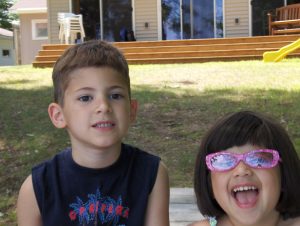 The thought of Faithe going away to school makes me weepy and sad (and she’s only a junior). Planning college visits this semester has given me a pit in my stomach. My two college kids resuming their busy, never-at-home schedules after being together for the holidays has been hard enough. Although I love my husband and we do many things together without our kids, the thought of my third leaving soon has me reeling.

However, as I learned with my other children, I don’t want Faithe worrying about me (being alone…sitting in a pool of my own tears…day and night, night and day…). I don’t want her making college decisions based on the fact that I may or may not have jokingly told her that if she’s further than two hours away I may die. Although we all know I will be fine and where my kids go to college isn’t about me,

My oldest daughter wanted to be a chef since she was four. When she got to high school and still wanted to be one, I began dissuading her (99% of chefs don’t live the glamorous life Bobby Flay does). However, one day while praying I wondered, “What if God wants Hannah to be a chef?” I stopped trying to control her and started praying for God’s will for her future.

My son told us in 8th grade he wanted to go to college in Nashville. When he was a junior and still wanted to go there, I began praying again. I asked God to help me let Casey go if that was where the Lord wanted him. (Ironically, after I came to peace with him moving to Tennessee, my son announced at the end of his junior year that he wanted to go to school thirty minutes away. Go figure.)

This morning while reading my Bible, I noticed the Psalmists often acknowledged their pain then followed it with a, “but, God…” Despite their very real emotions, they stated and stood upon the faithfulness of God because He’d shown up before. They didn’t deny their hurts, but trusted and thanked God in and beyond them. They didn’t dismiss their emotions, but they also didn’t let them dictate their endings. No matter what, they landed their fears, worship, hopes and more on,

This week I’ve started praying for help letting Faithe go. Praying God would guide her wherever He wants her. Praying for my heart not to hurt. And although I’ll still have teary days between now and then….but, God.

He is, will be, and always has been faithful… 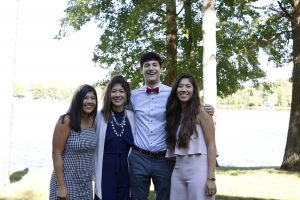