Lying to the Homeless

Last week I prepared for the most stressful teaching I’ve given all year. Although I’ve spoken to groups of hundreds of women this year, the group of sixteen attendees I was going to teach last Friday was the most difficult and pressure-filled yet. After praying, fasting, writing, re-writing, begging and then getting extremely frustrated, I came up with exactly nothing. I asked God repeatedly what I was supposed to teach, but…
He was silent.
I was admittedly annoyed. God knew I had been praying for weeks about what to share with these sixteen individuals. He knew my desperation and complete dependency on him. He knew I needed him, yet I went to bed the night before I was supposed to teach to sixteen students at the Milwaukee Rescue Mission high school having no idea what I was going to say. 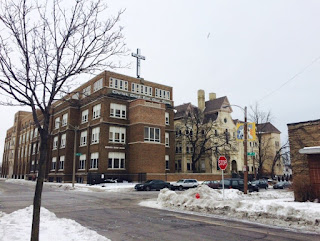 Because I’m currently writing about the lives of the homeless in Milwaukee for grad school, I’ve heard firsthand what it’s like to grow up without. I’ve heard what can happen when you grow up without parents, a home or stability. I’m learning how dark, awful and desperate it is to be without basic things I take for granted. As I made my bed Friday morning I asked God in lieu of those stories, “How?”
“How can I tell them Jesus loves them?”
How can I tell children who have been abused, neglected or homeless Jesus loves them? How could I tell kids whose parents may have abandoned them, Jesus loves them? How could I talk to them about God, mercy and the Bible as a privileged Amerasian who’s never been without. I kept asking and genuinely wanted God to tell me,
“How do I tell them you love them?”
And in the mundane moments of making my bed, after my pious and ascetic attempts to hear God and the frustration that accompanied not only his silence, but the feeling I’d wasted so much time trying to hear from him with nothing to show for it in the end, I heard an answer so loudly it stopped me dead in my tracks:
“How can you nottell them I love them?”
Sometimes when I’m trying to hear God I don’t want to hear Him. I want to hear an easy answer, a quick fix, a formula. I thought I wanted God to give me a message for these kids that would matter, help or encourage them. But God knew that wasn’t what they needed. They needed, regardless of my words, to hear, know and be convinced I believed what I was saying.
God never told me what he wanted me to share with the sixteen high schoolers that day. He didn’t give me a passage, topic or illustration. What He gave me instead was what I had been asking Him for all along. He gave me what they needed by giving me what I needed. A much needed reminder that His love always matters and is the only hope any of us really has. 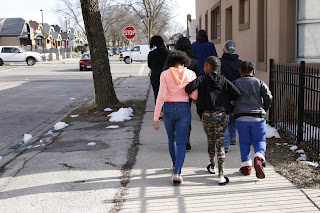