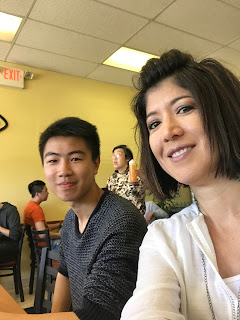 Although I loved having our international student last year I was admittedly looking forward to having “Five Time” this year: my dorkism for when just the five of us get to be together. When you have three teenagers Five Time doesn’t happen very often and I covet and crave it. As much as Cedric had become part of our family we were excited for a year “alone.”

Or so I thought.
When my son asked if we could host another Chinese student, I did something I rarely do. I deferred. I told my husband I was tired of making decisions about acquiring random teenage boys on a full or part time basis (Polo who we’ve mentored for three years, our summer “rental son” and Cedric) so I was going to leave hosting Sean up to him. 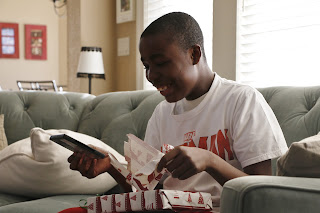 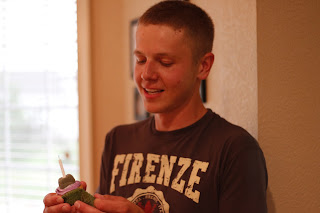 About a month ago, Chris asked me if I’d given any more thought to hosting Sean. We both knew the answer. The kids wanted to host him, we had room and we know and love the kid so we told the liaison for the Chinese students we wanted to host Sean and only Sean. Unfortunately, after all our deliberating, we found out detailed, costly and irreversible arrangements had already been made for Sean so we couldn’t host him.
My dream of Five Time had returned…
Briefly.
Last week the Chinese liaison asked us to host another student despite my, “Sean and only Sean” mandate. I asked several questions about the boy that might preclude him from staying with us but much to my dismay, he seemed like a good fit for our family and everyone wanted to host him, except yours truly.
Last year I heard Jill Briscoe give advice on how to love in Jesus’ name. She said, “love does the obvious.” I know and love that and it seems so simple and I’m always asking God how to love others and yet…
I just don’t want to do this.
So, I began asking God to change my heart. If He wanted us to host this boy who I don’t have the heart, time or compassion for, I needed the Lord to do that in me. And as I prayed God brought an egregious story to my mind to answer my request.
I recently read about Corrie Ten Boom who was imprisoned, along with her family, for helping Jews escape the Nazi Holocaust. A chief interrogator told the elderly Mr. Ten Boom he could return home if he promised not to house or help any more Jews but Corrie’s father, without hesitation, said that as soon as he got home he would open his door to anyone in need. The Ten Booms didn’t have extra time, money or space, but they risked their lives taking in Jews who were sick, dangerous and would cost them in many, many ways.
I still don’t want to host another international student, but God is softening my heart. That’s fortunate because Junyi is coming to live with us next week. 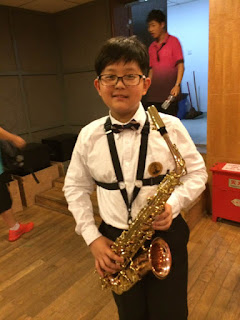